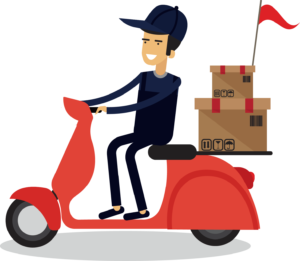 The Canadian economy is increasingly being disrupted by new global businesses based on Internet apps and platforms. They are providing precarious gig economy work. In some cases, these are the only alternatives for people who no longer have access to traditional paid employment. Often this is because local employers have been driven out of business by the new competition.

The new app-based companies provide a wide range of personal and business services, ranging from transportation and delivery services to house cleaning, repairs and even online legal services.

The one thing they all have in common is they claim that the people providing services to the public on their behalf are not their employees. They use freelancers or contract workers whom they consider to be self-employed independent contractors. They are often temporary workers who sign up as a stopgap while searching for more secure work.

What is gig economy?

There is no all-encompassing definition of the gig economy. It generally refers to non-standard, informal work arrangements that generally result in short-term engagements. It is sufficiently new that government statistical agencies have not caught up with it yet. There are no comprehensive or reliable figures on how widespread it is in disrupting traditional employment.

A recent survey by the Bank of Canada found that about 30 per cent of Canadians have participated in the informal work of the type found in the gig economy. However, for many of them, their involvement is brief. As a result, when converted into “full-time equivalents,” gig economy work amounts to only 3.5 per cent of all the work done in Canada. The report found that participation in the gig economy is higher in provinces where unemployment rates are above pre-crisis averages and wage growth is weaker.

This survey included the app-based work that is most associated with the gig economy. However, it might be considered underinclusive. It did not attempt to capture the many people working in traditional type jobs, but on short-term contracts, moving from one job to another, with occasional spells of unemployment in between. That appears to be the fate of many university graduates in recent years. It may well be the most important manifestation of the gig economy, more broadly defined.

While the gig economy is a wide enough concept to include income generated from physical capital, through platforms such as Airbnb or Etsy, from a worker’s perspective, only arrangements for the provision of services are challenging the traditional employment standards. From this perspective, gig economy workers can be divided into app-based workers or project workers.

The best-known gig economy enterprises are replacements for taxi and delivery services such as Uber, Lyft and Foodora which disrupt the market of low-paying jobs.

These have taken a large amount of market share from, for example, traditional taxi services. People who formerly made a career out of working in the regulated taxi industry complain that their livelihood has been destroyed by unregulated part-timers. In both Toronto and Ottawa, lawsuits have been launched against the city governments by taxi drivers who feel they have not been adequately protected.

Less well-known are platforms such as Fiverr, Guru and Upwork. In the long run, these could have a more pervasive influence because they cover a much wider range of activities and skill levels. They offer companies the scope for easily and flexibly contracting out a much wider range of the activities traditionally carried on by their own employees.

While outsourcing has been a subject of debate for years, the rise of automation has led to the replacement of apprentice-like positions with so called independent contractors hired through placement agencies.

Project work tends to reduce opportunities for professionals. For example, in law, numerous student and first year associate positions that would have traditionally been engaged in doing due diligence, have been outsourced to document review companies. Likewise, some consulting services in big financial institutions have equally been devolved to workers on short-term engagements.

Freelance is a common arrangement in IT environments.

A recent case before the Ontario Labour Relations Board is a good example of this phenomenon. In Procom Consultants Group Ltd. v. Kirti Shringi, the complainant was a skilled information technology worker (Procom Consultants Group Ltd. [2019] O.E.S.A.D. No. 644). She owned a limited company that entered into a contract with Procom, stating that she was an independent contractor. Procom in turn hired her out to KPMG on a short-term assignment.

In reviewing the facts, the board found that the employer owned the tools, and controlled when, how and where the work was done; and the worker had no risk of profit or loss. The contract was therefore ignored, and Shringi was ruled to be an employee entitled to protections under the Ontario Employment Standards Act (ESA).

Gig economy workers in short-term assignments may be misclassified as independent contractors, when they should really be employees based on the nature of the working relationship. The accuracy of this classification is still up for debate in Canada. Class actions claiming misclassification in cases of this type have been launched, as in Sondhi v. Deloitte Management Services LP 2018 ONSC 271.

This article was written by Alexandra Monkhouse and Peter Spiro and was originally published by The Lawyer’s Daily on November 12, 2019. This is part one of a three-part series. Part Two: Why many employers love independent contractors.

Alexandra Monkhouse is an employment lawyer who specializes in employment law, human rights law and disability insurance law. With a background in economics, the gig economy and the underground economy, Peter Spiro is counsel to Monkhouse Law in employee class actions.