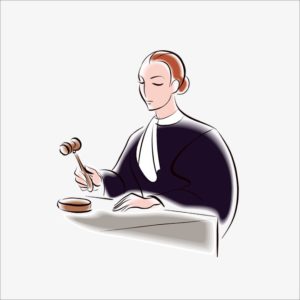 The #MeToo movement found itself again in headlines recently with an American Supreme Court nominee being at the centre of sexual assault allegations. While the alleged assault did not occur in a workplace, it raised questions as to whether this nominee was able to properly take office in the job he was nominated to in the face of these allegations. This blog seeks to explore how the civil law system is an opportunity, outside of criminal law, for victims of sexual assault in the workplace to receive compensation. Compensation for assault can include non-pecuniary damages, punitive damages and as well as loss of income claims. More information on this below.

In Nova Scotia (Attorney-General) v. B.M.G., an employer was found vicariously liable for its employee’s (a parole officer) sexual assault against a minor (who was on parole). After determining the employer was liable for damages to the victim, the judge was required to determine the appropriate damages payable, including non-pecuniary damages and loss of past and future income. Non-pecuniary damages are those whose intention is to compensate the victim not for a loss of something with a monetary value but instead as a substitute for what has been lost, though not valued meaningfully in financial terms, for example loss of dignity, personal autonomy etc.  In the appeal the Court identified that the purpose of awarding non-pecuniary damages for sexual assault cases goes beyond punishing the defendant; it seeks to provide some form of solace for a victim’s pain and suffering, and to recognize the long-term effects it will continue to have on a victim’s life. This case outlined four non-exhaustive factors to assess the amount of non-pecuniary damages:

These factors do not have a hierarchy where one has greater merit than the other, rather they are considered and applied wholly to each scenario.

These factors were more recently applied in Zando v. Ali, a case where a doctor was found to have been sexually assaulted by her co-worker in her own home. While the employer was also named in the law suit, the claim was settled with the victim and thus the only claim for damages was for non-pecuniary damages (aggravated damages) and punitive damages against the aggressor. The judge considered the B.M.G. factors, including the severity of the assault, where it happened, how it affected her in the workplace, and how her cultural background influenced her decision to continue working and bear the burden on her own. With all these facts in consideration, the judge awarded the victim non-pecuniary damages of $175,000.00. The trial judge also awarded $25,000 in punitive damages whose purpose is to deter and punish the Defendant. The trial judge’s decision was upheld on appeal in 2018 ONCA 680 (CanLII).

The civil system provides victims with an alternate route to deter and seek retribution when they have been sexually assaulted. The civil system has a lower evidentiary burden of “balance of probabilities” as opposed to criminal’s “beyond a reasonable doubt”. It also allows victims to have a degree of control over the process, as they are the plaintiff pushing that matter through the system, as opposed to the criminal system which is pushed forward by the prosecution. Unfortunately however, as the Plaintiff they will be responsible for the costs of their lawyer, aside from any legal fees awarded by the Court or in a settlement. That said, there is a pilot program where survivors of sexual assault living in Toronto, Ottawa or Thunder Bay may be eligible to receive up to 4 hours of free legal advice to help make informed decisions. More information can be found at: https://www.attorneygeneral.jus.gov.on.ca/english/ovss/ila.php

If you are experiencing a problem in the workplace, please contact Monkhouse Law today for a free consultation.