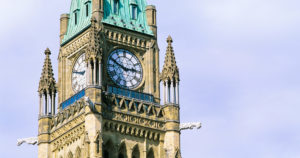 The COVID-19 crisis has spawned an interesting array of emergency schemes by governments to provide assistance to those who have lost employment as a result of the downturns. It is instructive to consider the similarities and differences. The United Kingdom has enacted direct support to workers and it could be a good source of inspiration for the Canada Emergency Wage Subsidy which is expected to be implemented in Canada in the following weeks in an attempt to save jobs.

In this area, Canada and the UK have adopted rather different approaches. Canada attempts to give money to employers to keep people on payroll, while the UK acknowledges that numerous workers are unable to work and gives them the money directly.

On April 1, 2020, the Canada Department of Finance has announced a program to subsidize businesses for wage costs, in the hope that this will incentivize them to continue to employ workers that they would otherwise have laid off. Employers who have suffered declines in year over year monthly revenue of at least 30% would qualify to a 75% wage subsidy. It appears clear from the news release that this will only be given where the worker is actually on the job:

It will enable employers to re-hire workers previously laid off and to keep those who are
already on payroll so that Canada’s workforce and supply chains are able to return from
this crisis in a strong position.

The details have yet to be fully worked out, as Parliament needs to be recalled to enact legislation for it. The scheme, as proposed, can be criticized as having its impact in the wrong places. It would provide little or no benefit to the worst hit businesses, who have been forced to shut down due to emergency orders. These cannot employ staff even with a big subsidy. It was originally proposed as going only to small businesses but now has been expanded to all.

Giving money to large corporations is of doubtful benefit as an economic stimulus measure. In the short-term, they tend to retain it rather than put it back into the economy. As described, the money goes to the employer, rather than the employees. In many cases, the employer would have kept the employee even without the subsidy, so the subsidy goes entirely to boost profits rather than wages. It is a hope of trickle-down benefits for workers, with no certainty that it will happen quickly.

UK- Subsidy Directly to Workers Who are Not Working

On March 26, 2020, the UK published guidance for its wage subsidy scheme. The UK scheme is the diametric opposite. It is realistic in recognizing that many workers can simply not be employed in an environment where emergency orders force the employer to shut down. It proposes that, instead of being terminated or laid off, the employees be “furloughed” and paid their regular wages, with the government picking up 80% of the wage bill (up to a maximum of £2,500 per month). The employer is not obligated to pay the remaining 20% but it is hoped that some will do so as a goodwill gesture towards its work force.

Any employee who was employed as of February 28, 2020, qualifies for the UK wage subsidy. The UK scheme has the virtue of ensuring that the money flows directly to the employees. Most would otherwise have qualified for unemployment benefits if laid off, but this scheme provides a way for them to get at least 80% of their regular salary (for those who were earning up to £2,500 per month). That is much more generous than what the unemployed in the UK would normally get under their equivalent of unemployment insurance. It is referred to as a “job retention scheme,” but retention refers only to the fact that they are still formally employees of the employer, in effect on a paid leave of absence, rather than being laid off. The scheme explicitly says that it applies to those who are not working.

Assistance for the Self-Employed

The initial UK proposal was directed to those who were employees legally paid by an employer. It has since been recognized that some of those who are hardest hit are self-employed business people, many of them small sole proprietors who would ordinarily not even qualify for unemployment benefits. About 15% of the work force in the UK is self-employed, similar to Canada. By consequence, the UK reacted to public demand and on March 27, 2020, it announced a scheme to provide support to the self-employed. This scheme will allow them to claim a taxable grant worth 80% of their trading profits up to a maximum of £2,500 per month (for 3 months) based on the self-employed income that was declared in their 2018-19 income tax return. It will be paid in one lump sum in June.

The self-employed have also not been entirely forgotten in Canada, as they are eligible to receive the Canada Emergency Response Benefit (“CERB”), for which applications may be made through the CRA beginning on April 6. People are eligible who had an income of at least $5,000 in the prior 12 months, including income from self-employment, and have stopped working due to the COVID-19 crisis.

CERB for Self-Employed in Canada

The CERB provides a benefit of $500 per week (paid in lump sums of $2000 each month) for up to 16 weeks for those who are eligible. Even somebody who would have been eligible to receive less than $500 of EI based on their income will still get $500 from CERB.

It appears from this preliminary information that the CERB will be a flat rate of $500 per week for those who meet the threshold of $5000 of self-employed income in the previous year. If that is the case, there are some self-employed people with quite low incomes who might, therefore, have 100% or more of their income replaced.

Canadian Wage Subsidy – An Option for the Self-Employed?

These schemes for the self-employed will be useful to those who have a track record of earning such income. There will nevertheless be a minority who had the bad luck to have started self-employment just before the crisis hit. They will not be able to demonstrate a track record of earnings, and therefore will be ineligible for benefits.
It could be argued that self-employed people who are still working but have suffered a 30% or greater drop in revenue should be entitled for the Canadian wage subsidy scheme, but the details of that are not known. Presumably, if the business is incorporated and the corporation normally pays the owner a salary, the owner would qualify for the 75% wage subsidy on his or her own wages. It would be unfair if the owner failed to qualify for the Canadian wage subsidy because the business was unincorporated and the owner’s income was normally taken as a draw rather than a salary.