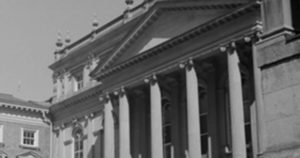 More time to file your employment claims: Ontario uses emergency powers to suspend legal limitation periods and lawyers turn to virtual mediations. As of March 17, 2020, the Ontario government declared an emergency under the Emergency Management and Civil Protection Act and the court system has been shut down to minimize the risk of exposure to the COVID-19 pandemic. Despite the physical shutdown, the legal profession is well equipped to provide alternative dispute resolution to those in need.

The government has made a necessary and widely expected move. By an Order in Council retroactive to March 16, 2020, the government has suspended the running of all limitation periods until further notice. This was done pursuant to subsection 7.1(2) of the Emergency Management and Civil Protection Act, which gives the government the power to “temporarily suspend the operation of a provision of a statute, regulation, rule, by-law or order of the Government of Ontario.”

Legal actions are usually subject to limitation periods and deadlines, set either by statutes such as the Limitations Act, 2002 or regulations such as Ontario’s Rules of Civil Procedure.

The most significant of these is the Limitations Act, 2002. A party that seeks to make a civil claim, such as for damages or breach of contract, must generally do so no later than the “second anniversary of the day on which the claim was discovered.” For example, an employee who has been wrongfully dismissed must file a statement of claim for damages against his or her employer within two years. This is a strict limit, set by statute, and even a judge does not have the authority to overrule it.

There is also a myriad of other legal time limits, such as the number of days to file an appeal or file various court documents, such as a statement of defence. Those are less strict, as judges do have the authority to override them where there is justification for doing so.

A Call to Cooperate to Solve Legal Actions: Remote Alternative Dispute Resolution is A Must

On March 23, 2020, the Ontario Government announced that only essential services in Ontario can stay open starting in 36 hours. A list will come out Tuesday, March 24, 2020. This means that most businesses in Ontario will have to either continue remotely or pause for the duration of the government’s emergency orders. Numerous workers will be wondering what to do to protect their employment entitlements. The good news is that with the suspension of the limitation periods, claimants will have more time to assess starting an action.

On March 15, 2020, the Ontario Court of Justice issued a notice to the profession, the public and the media calling upon the cooperation of counsel and parties “to engage in every effort to resolve matters”. This statement was most recently cited by Justice F.L. Myers in Ali v. Tariq where his honour expressly stated: “This seems to me to be a matter that counsel acting in good faith ought to be able to lead their clients to settle today”. The Court then went on to state that if the matter could not be settled, the parties were to attend a hearing via telephone conference. In the present context, it is expected that the judiciary to hold counsel to a high bar and the parties are encouraged to settle out of court.

On May 1, 2020, the Canadian Human Rights Tribunal published a practice direction for the electronic conduct of mediations and hearings during the COVID-19 pandemic. This is a welcome step to ensure that human rights claims are moving forward.

Currently, professional mediators and dispute resolution centres offer remote mediations and arbitrations, either through phone or video conferences. Employees and employers should consider such avenues and cooperate to solve legal disputes. Monkhouse Law will attempt to cooperate with other counsel and offer its clients alternative dispute resolution methods to resolve claims in a timely fashion. Monkhouse Law is a boutique employment law firm that can help on all workplace related issues, give us a call.