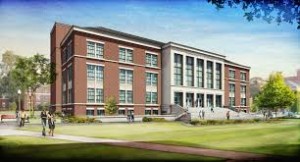 The falsification of student records would seem to be sufficient cause to terminate a teacher without notice. However, in Fernandes v. Peel Educational & Tutorial Services Ltd. (c.o.b. Mississauga Private School) [2014] O.J. No. 5351, an Ontario Superior Court decision released last Nov. 12, it was not. The plaintiff also lied to the court during the trial for the matter. Despite these shortcomings, plaintiff Remy Fernandes walked away with more than most wrongfully dismissed claimants, with a year’s notice and continuation of his LTD benefits to age 65.

In Fernandes, the plaintiff, who was employed at Mississauga Private School from January 1999, was found to have attended multiple meetings early in 2009 with the school’s principal and vice- principal regarding issues with his marking. His conduct was well-known, staff and a former student testified in court that Fernandes had been providing grades without marking the assignments, and had previously had issues with missing or incomplete marks. He was terminated with cause in April 2009 following a school investigation in which it was confirmed he had been falsifying student marks and adding marks for work which had not been completed.

Fernandes subsequently sued the school for wrongful dismissal and mental distress, pleading that he was not guilty of what his employer had labelled “academic fraud” and that the school had allowed him to be berated, harassed and publicly humiliated.

Following termination, he began to suffer from long-term depression exacerbated by his termination and the accusations of cause against him. His claim for long-term disability benefits was denied on the basis that he had been dismissed from his position at Peel Educational.

At trial, Justice Gordon Lemon held that an appropriate response by the school would have been a reprimand of the plaintiff, and perhaps a warning that termination might occur if it happened again. Justice Lemon ruled that the punishment outweighed the seriousness of the dishonesty and fraud, and amounted to a wrongful dismissal. Lemon also noted that the school effectively condoned the alleged “falsified” marks, given that it had knowledge of them previously and yet the school still circulated them to parents without comment. Given the insufficient cause, the court agreed that he was entitled to a reasonable notice period of 12 months.

It was also found that the plaintiff was disabled within the meaning of his previous insurance policy, but because of the termination, he was no longer eligible for his employer’s long-term disability plan. In reaching the decision, Justice Lemon referenced Egan v. Alcatel Canada Inc. [2006] O.J. No. 34, where it was held that, “Where an employee would otherwise have qualified for disability benefits during the reasonable notice period, but the application is denied on the basis that coverage was wrongfully discontinued by the employer, the employer must be liable for the value of the disability benefits that would otherwise have been payable.” In accordance with the principles in Egan, the court awarded the plaintiff continuation of LTD benefits until the age of 65 (he was 56 when fired), payable by his past employer directly due to breach of contract.

The judge found that the “medical problems were caused by his termination,” referencing the professional opinion of the plain- tiff’s family physician, who directly connected the plaintiff’s treatment at the school as the cause of his mental distress, as well as the professional opinion of the plaintiff’s psychiatrist, who also connected the termination to his subsequent illness.

However, the court declined to award damages, at least directly, for mental suffering. (Since the plaintiff ’s disability was found to be the direct cause of his disability, though, damages were effectively awarded through the insurance policy.)

By awarding an employee who was psychologically injured in the course of his termination full disability coverage during the notice period, Fernandes revives intentional infliction of mental suffering in the employment context, but only for employees who have long-term disability insurance plans.

This case should make all civil litigators who practise in employment and labour law cautious. If the employee has an LTD plan, even if not used at the time of termination, then breach-of-con- tract damages could be exponentially larger. Plaintiff counsel pre- maturely settling cases for mere damage payments early on, without consideration that the employee might become disabled during the notice period, might greatly disadvantage clients and lead to liability for a solicitor.

Employer counsel should be wary as well to fight the matter not just on wrongful dismissal, but also to contest the disability. A quick decision to terminate an employee who is “at risk,” or is suffering from an illness which could potentially be permanently debilitating, could be an expensive decision in the long run.

This article originally appeared in the July 10, 2015, issue of The Lawyers Weekly published by LexisNexis Canada Inc. of July 10, 2015″.

About the Author: Andrew Monkhouse is an Employment Lawyer and Managing Partner at Monkhouse Law, an employment, labour & disability insurance firm. Andrew can be reached at andrew@monkhouselaw.com.