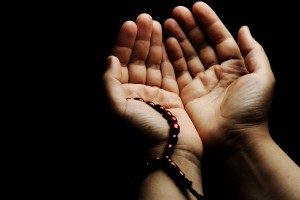 An individual’s creed, or religious identity, is a highly personal part of their life. In a diverse society, it is important that employers and employees alike respect each other’s religious or non-religious status, in order to avoid the formation of a hostile or discriminatory work environment. However, not all employers operate in such a manner and expose themselves to legal liability. As with other enumerated grounds, human rights legislation (the Ontario Human Rights Code for provincially-regulated employees and the Canada Human Rights Act for federally- regulated employees) takes discrimination on this basis very seriously, and Tribunals and courts alike have awarded significant damages against employers who have discriminated against or based their decision to terminate employees on this basis.

Defining Discrimination on the Basis of “Creed”

Not all allegations of discrimination on the basis of religion will succeed before the Tribunals and courts. In accordance with the decision in Alberta v. Hutterian Brethren of Wilson Colony [2009] 2 S.C.R. 567, for a claimant to succeed on a claim of religious discrimination, the behaviour in question must not be trivial and insubstantial, meaning that the discriminatory behaviour must pose a threat to an individual’s religious beliefs or conduct.

Damages for injury to dignity, feelings and self- respect totaled $71,000.00 in Islam v. Big Inc. , 2013 HRTO 2009 (CanLII), wherein three Applicants filed complaints for discrimination on the bases of race, colour, ancestry, place of origin, ethnic origin and creed. The third Applicant chose not to allege discrimination on the basis of place of origin.

The Applicants were all employed with the Respondents’ restaurant business (it owned three restaurants) in various positions, were all observers of the Muslim faith, and all had immigrated to Canada from Bangladesh. In their complaints, they alleged that the Respondents had attempted to make them taste pork dishes, had openly condemned their religious practice of fasting during Ramadan, had made reference to their ethnic origin in a derogatory manner, had condemned their practice of speaking to each other in their native language, Bengali, had refused time off request for religious observances, had began hiring new, Caucasian Canadian workers near the end of their employment and had reprised against them, changing their duties as a result of their complaints regarding the Respondents’ discrimination.

The Tribunal agreed that the Respondents had discriminated against the Applicants on the bases of creed, colour, ancestry, place of origin and ethnic origin, and had failed to accommodate one of the Applicants when he had requested time off for a religious observance. The Tribunal also found that the Respondents had reprised against the Applicants following their complaints of discrimination. It was for these reasons that the damages award of $71,000.00 was made. The Applicants also received compensation for loss of income, and the Respondents were ordered to post a human rights policy, undergo training on human rights, and post Human Rights Code information cards in prominent places throughout its restaurant.

The Human Rights Tribunal of Ontario found a lower quantum of damages more appropriate in Widdis v. Desjardins Group 2013 HRTO 1367, a case in which the Applicant claimed she was discriminated against during the interview process due to a scheduling issue arising from her religious observance. The Applicant, a Seventh Day Adventist, had been questioned as to her work availability on Saturdays during the interview, to which she said she could not, specifically noting that the day was her Sabbath. Widdis was never called for an additional interview or hired by the Respondent, and subsequently filed a complaint with the Tribunal for discrimination on the basis of creed.

While the Tribunal agreed that Widdis had been discriminated against during the hiring process, when it came to assessing the damages (the Applicant had initially asked for $15,000) it found an award of $4,000.00 appropriate in consideration of the level of the injury to dignity, feelings and self-respect the Applicant had suffered. While the Applicant had been hurt by the conduct of the Respondent, she was unable to substantiate her claim that she had been unemployed for a long duration and thus the Tribunal was led to a lower damage award.

While discrimination in the context of employment is a prevalent issue and quite serious, it is important to note that not all instances of discrimination are grounds for a claim or a substantial amount of damages. The Tribunal in Widdis referenced the case of Arunachalam v. Best Buy Canada, 2010 HRTO 1880 (CanLII), which was particularly useful in defining what constitutes cause for a large damage award.

In Arunachalam, the Tribunal outlined the test for determining a damages award on the basis of two criterion, the first being the level of severity of the act of discrimination (i.e being terminated after the first few days of work on an enumerated ground vs. being terminated on the same ground, but 22 years later), the second being the Applicant’s particular experience in response to the discrimination (i.e developing a debilitating illness as a result of the discriminatory behaviour vs. feeling slightly stressed or hurt as a result of the discriminatory behaviour).

If you believe that your employer has discriminated against you on the basis of religion, or any enumerated ground, contact Monkhouse Law today for a free consultation.