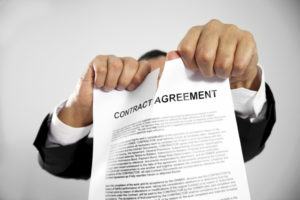 Having clear and precise language is the foundation of any good employment contract. Particularly within fixed-term contracts, the liability for terminating an employee may be much higher if the contract is not valid.

The process for determining and resolving ambiguity in an employment contract is well-outlined in a British Columbia Court of Appeal decision in Miller v. Convergys CMG Canada Limited which dealt with a termination clause. The Court of Appeal held: First, judges should analyze the parties’ intention at the time of signing the agreement. Next, they should give the plain and literal meaning to the contractual language in the context of the entire agreement. Third, if there are multiple interpretations of the ambiguity, then judges should search for an interpretation that reflects true intention/reasonable expectations of parties when they entered the contract. If the previous steps do not resolve ambiguity, then judges may utilize extrinsic evidence to assist in determining the parties’ intent. As a last resort, judges can invoke the contra proferentum principle, or interpret the ambiguity against the party who drafted the agreement. That said, it is important to remember that judges must be mindful of the imbalance of power between an employee and employer and interpret ambiguity in favour of employment law principles, specifically the protection of vulnerable employees.

In the case of termination clauses, if the ambiguity is resolvable, the next step is to determine whether the clause on its face compliance with the employment standards legislation. As discussed in the frequently cited Machtinger v. HOJ Industries Ltd. case, reasonable common law notice is the implied and default amount of notice to be awarded in any employment contract unless said contract effectively states otherwise. In other words, an employer cannot restrict its employees to minimum entitlements if their employment agreement is too vague and ambiguous as to what constitutes an employee’s termination entitlements, or otherwise breaches employment standards legislation.

The effect of ambiguity in fixed-term contracts, however results in a different outcome, often resulting in the employee being entitled to the balance of the fixed-term contract. For instance, in a recent Newfoundland Small Claims Court example Lawis v Pro Cabinet Design Limited and Coastal Marine Limited, the Plaintiff entered a 24-month contract with his Employer. His contract outlined the duration of employment, compensation, and required him to move from the Philippines to Newfoundland for the duration of his employment. The contract stated:

The Plaintiff’s first day of work was on August 11, 2014. Just 12 months later, his Employer terminated his employment without cause and without notice of termination. As a result, the Plaintiff initiated a wrongful dismissal claim against his former Employer claiming the balance of his fixed-term, and a refund of his travel and accommodation expenses.

In assessing this case, the judge applied the Miller factors to the various ambiguities found within the Plaintiff’s fixed-term contract. The judge determined that the termination clause failed in both specifying how an employee could be terminated and in specifying the amount of notice to be given in the case of termination, i.e. “at least one week” was not specific enough to outline the notice period. Due to this ambiguity, the Plaintiff was entitled to be put back into the position he would have been in had he continued to be employed – in other words, the balance of his term.

Ultimately, the judge found that the Employer breached the employment contract and awarded the balance of the contract representing unpaid wages, a total of $30,600.00. However, since the action took place in Small Claims Court, that amount exceeded the claim limit of the court. Instead, the Plaintiff received the maximum Small Claims award of $25,000.00.

Precise and specific contractual language is very important in having a valid contract. If you require a contract to be drafted or have a question about your employment contract please contact Monkhouse Law.