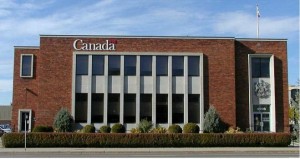 This weeks’ blog post takes a closer look on the benefits, legislative and procedural implications, and the drawbacks of being federally regulated.

Legislative/Procedural Differences
Federally regulated employees are governed by the Canada Labour Code R.S.C., 1985, c. L-2 (the “CLC”), the federal equivalent of the Ontario Employment Standards Act, 2000. While it bears many similarities to its provincial legislative counterpart, the CLC is unique in that it has a section (240) which allows for unjustly dismissed employees whom are not managers with a tenure of 12 months or longer to receive reinstatement with back pay.

Federally regulated employees can proceed with a wrongful dismissal action in one of two ways: first, by filing a complaint with Human Resources and Skills Development Canada (the “HRSDC”), and second, by utilizing the civil courts.

Benefits of Working for a Federally Regulated Employer

As noted, the primary benefit of being federally regulated is the element of security afforded by section 240. Absent cause for termination, an employee can be reinstated with back pay, which can be quite high depending on the date of reinstatement. Employees will have to utilize the HRSDC or the CHRC in order to obtain this remedy,

In Cowling v. Her Majesty the Queen in Right of Alberta as represented by Alberta Employment and Immigration, 2012 AHRC 12 (CanLII), a 67-year-old woman who was employed as a Labour Relations Officer for the Alberta Department of Employment and Immigration was denied an additional contract, which she had come to expect over her 8 years of employment with the government. She filed a complaint and successfully obtained $15,000.00 in damages for human rights violations (she had claimed discrimination on the basis of age), reinstatement, and five (5) years of back pay.

Cons of Working for a Federally Regulated Employer

Employees can also face a jurisdictional challenge from an employer, which, surprisingly enough can be common within the HRSDC given the multi-faceted nature of national companies. For instance, you could be employed by a subsidiary of a transportation organization or a telecommunications organization that does not have federal aspects. In these cases, a complainant can be burdened with the expense and time incurred with an HRSDC complaint, only to have an adjudicator rule that the complaint would be better suited to the civil courts.

It is important to ensure that you consult with an employment lawyer if you have been unjustly dismissed or discriminated against, in order to be fully aware of your potential avenues of resolution and in order to avoid the incurrence of unnecessary costs and time expended.

While resources for federally regulated employees are available through the labour program, it is important to ensure that you are best suited to proceed against an employer, whether federal or provincial, when confronted with an employment law issue.

Learn more about our team or contact us for a free 30 minute phone consultation.