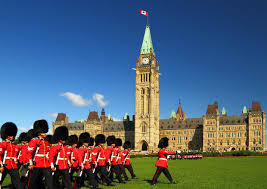 What kind of companies are federally regulated and what does that mean?

Canada is a ‘double jurisdiction’ legal environment. That means that based on our federal system of government, employees working for different employers within the same province can be subject to different laws.  For frequently asked questions regarding employment and COVID-19, please read What Employees Need to Know & COVID-19 and a special post dedicated to federally regulated employees COVID-19 and Federally Regulated Employees: What Are My Rights?

There are some industries that are governed by federal law as they are Canada-wide industries, crossing borders with their business, or because the Constitution Act, 1867  has specifically designated them as being under Federal jurisdiction. However, the vast majority of employees are governed by Provincial law as their business pertains specifically to the province in which they are operating.

For instance, someone working at a bank is governed by the Canada Labour Code, even if that bank has only a single branch in one province because the Constitution Act has designated banking to be under Federal jurisdiction.

By contrast, the employee working in a retail store (even if for a nation-wide chain) or even for an insurance company owned by the same bank would be under the Ontario Employment Standards Act, 2000.

Most of the time, the rules for deciding whether a workplace is under federal or provincial jurisdiction are reasonably clear.  Occasionally, however, there can be controversies that lead to court decisions. A famous case at the Supreme Court of Canada found that stevedores, local workers unloading ships at the harbour in Toronto, should be federally regulated because that is integrally related to the activity of international shipping, which is under the federal government’s jurisdiction.  Similar disputes regularly continue to arise in union certification attempts, particularly in transportation related activities, over the question of whether the matter should be decided by the Ontario Labour Relations Board or the Canada Industrial Relations Board.

While only about 6% of employees in Canada are federally regulated, there can be a major difference in the federal law that regulates their industry compared to their provincial counterparts. Monkhouse Law has written about provincial vs. federal employment in the past.

The Federal matters are ones that were considered of national importance. From grain elevators in 1867 when the Constitution Act, 1867 was signed, to Uranium Processing today.

The main sectors governed by the Canada Labour Code

Neither level of government keeps a list of federally regulated employers; however, certain departments within the federal government keep lists of larger federal employers that are regulated.

The Legislated Employment Equity Program (the LEEP) keeps a list of all federally regulated employers with over 100 employees and who are not otherwise exempt, such as aboriginal organizations.

Based on an access to information request the LEEP lists of federally regulated employers are below:

Federally vs. Provincially Regulated Employees, what it means for you

Andrew Monkhouse, founder of Monkhouse Law, formally worked for the LEEP program and was involved in making decisions regarding the jurisdiction of companies, therefore the firm is on the leading edge of jurisdictional issues.

If you have any issues regarding jurisdiction, make sure to call Monkhouse Law today to arrange a meeting with an expert employment lawyer to assist you with your workplace issue. Learn more about our team or contact us for a free 30 minute phone consultation.