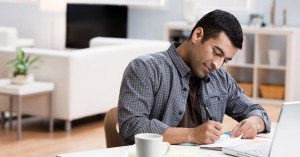 What type of worker are you?

In today’s economic climate, employment law issues are often covered in the media. Recently, the Toronto Star covered a story regarding a group of translators for Able Translations who alleged that they had either been denied payment for services rendered or had had that payment delayed for several months following the services’ completion.

The workers’ status as independent contractors made collecting these amounts difficult; a problem many contractors receive when they attempt to collect monies owed through the civil courts or the Ministry of Labour, as the translators did.

Taking a look at the scenario with Able Translations specifically, it’s important to acknowledge the situation in which a large number of employed translators are in. The translators working for Able Translators specifically were mostly immigrants to Canada, which would make them more susceptible to being taken advantage of. Navigating Canadian employment standards can be difficult even for citizens and is often best left to a professional. When the translators for Able Translations went to the Ministry of Labour to collect the unpaid wages, they were unable to collect as the Ministry of Labour informed them that they were not protected by Ontario’s employment laws given their status as independent contractors. With the Ministry of Labour unable to assist, those who had legitimate claims for unpaid wages had no course but to either accept the loss of wages or pursue legal action through the courts.

In Ontario, what are the pros and cons of proceeding with a claim in the face of being classified as an independent contractor?

Independent Contractors are not explicitly protected by the Employment Standards Act (“ESA”), the primary legislation dealing with the protection of employees. Independent contractors are seen as more similar to entrepreneurs who are more autonomous and less dependent on an employer, and as such are not protected by the ESA. Because their entitlements are largely a contractual issue, many independent contractors must turn to the courts to protect their rights.

However, this is not always the case. The courts have held in cases such as McKee v Reid’s Heritage Homes, Ltd, 2009 ONCA 916 and 1392644 Ontario Inc. (Connor Homes) v Canada Revenue Agency, 2013 FCA 84 (CanLII) that in some instances, what was originally thought to be an independent contractor relationship was actually an employee/employer relationship, and as such are governed by the ESA. The court looked at factors such as the workers, dependency on the employer; whether they worked at their employer’s facilities, using their employer’s tools, and only worked for that one employer. In cases such as these, an independent contractor can be found to be an employee despite what the worker or employer called the relationship beforehand.

Employees are entitled to the full protection of the ESA and employers must adhere to the legislation when addressing issues with employees such as payment of wages. In the case of employees, complaints can be filed to the Ministry of Labour to deal with an employer’s violation of their rights under the ESA. However, as we covered in a previous blog post, the Ministry of Labour is very likely not to be the best avenue for claims.

Differentiating these types of workers can be a complex process. A worker who signed a contract as an independent contractor may be held to be an employee, and vice versa. With the different types of employees out there, it is best to contact an Employment Lawyer when you encounter issues with your employment, particularly entitlements upon termination, so that you can choose the best course of action to solve your problem.