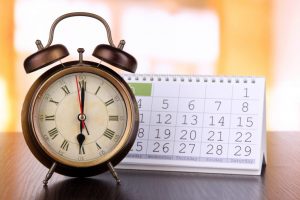 The Plaintiff worked as a Telesales Representative for approximately nine (9) years, from February 2007 until April 1, 2016. Within her role, she ran subscription/fundraising campaigns for clients.

For each new campaign, the employee would sign a contract for approximately one year. Her duties consisted of telemarketing work, fundraising, promoting and selling tickets to various arts, events or productions.

The Plaintiff commenced a new campaign in February 2016 which was expected to continue until early 2017. On April 1, 2016, two months into the campaign, the plaintiff was verbally notified that she was terminated.

The Court examined the job offer from the Defendant. When the Plaintiff was dismissed from the campaign she was not immediately re-assigned, as it took one week for the supervisor to start making inquiries with other campaigns for an available position. There was no concrete job offer, it was tentative and occurred after the termination date.

It was the Plaintiff’s understanding that she was permanently terminated from the company and requested a letter of termination, which was not provided until sometime later.

The confusion surrounding the dismissal also led to an unreasonable delay on the part of the Defendant in issuing the Record of Employment (“ROE”).

The ROE was issued on August 12, 2016, approximately 4.5 months after the interruption of earnings and declared the reason of termination as “quit”. The employers’ actions resulted in the Plaintiff being denied employment benefits which resulted in financial hardship.

The court awarded $1,000.00 as inconvenience damages as a result as well as nine (9) months of notice of termination.

It is not surprising that an employer’s failure to issue a ROE will have a negative impact on a terminated employee. The ROE assists employees in receiving Employment Insurance, an important income replacement for those who find themselves terminated.

It does not serve an employers’ benefit to withhold a ROE and it adversely affects the employee. Employers need to follow protocol in issuing ROE to avoid unwarranted harm to employees and avoid costly penalties.