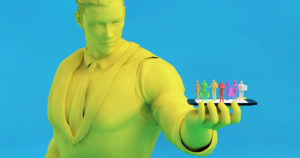 Workers who are under a high degree of control are actually employees in the eyes of the law. That is regardless of the fact that they may have been misclassified as independent contractors by their employer.

Gig economy enterprises are committed to calling all their workers independent, whether they really are or not. There may well be a considerable amount of misclassification in this sector.

The most cost-effective way to deal with the issues facing workers who might be misclassified in this way is through a class action. If there are common issues among a large number of workers, it saves costs to deal with all of them together. Class actions are a good way to achieve access to justice where the claims of one worker are too small to make it worth taking legal action as an individual.

An Ontario Uber driver named David Heller has taken on the industry giant, arguing that he and others like him should be considered employees. He has cited the long hours he works and the low income he makes, indicating that his hourly earnings are probably below the minimum wage rate.

One of the key issues in that case, is Uber’s argument that it is entitled to have the matter adjudicated by arbitration in the Netherlands, under the laws of that country. It requires everybody signing on to its app to agree to that. Ontario’s Court of Appeal found that this contract is unenforceable, on the grounds that Uber abused its power by forcing drivers to sign a very one-sided agreement.

Our firm, Monkhouse Law is also conducting class actions on behalf of workers who have been misclassified. One of these, involving casual workers for a large financial services company has been certified (Sondhi v. Deloitte 2017 ONSC 2122).

Another one is on behalf of workers for a banquet company who were required by their employer to sign independent contractor agreements (AE Hospitality Ltd. v. M.N.R. 2019 TCC 116). Canada Revenue has already won a claim against that employer in the tax court, finding that the workers are really employees and the employer should have remitted CPP and EI.

That case dealt with a courier company that required drivers to provide their own vehicles. It classified them as independent contractors. They were therefore not eligible for protections such as the minimum wage. They launched a class action to argue that they were under a strong degree of control by Dynamex and were in reality employees.

The members of the court panel were aware that this was a strong measure. They set this rule for a specific reason so that employers could not argue that their workers were voluntarily self-employed. The court noted (p. 71) that “employers might be able to use superior bargaining power to coerce employees to make such assertions.”

The state legislature moved quickly to codify the implications of this decision in legislation, known as Bill AB 5. It substantially implements the test laid out by the court, while carving out a few exceptions, such as for workers well above the minimum wage and those in certain regulated professions. The governor has signed the bill, and it will come into force on Jan. 1, 2020.

Uber and Lyft drivers are not exempted. They would probably be considered employees, but it is likely that there will be more litigation before that is established. Uber, in particular, argues that it is a software company and that therefore the drivers are not in the same line of business as it is. The court that made the Dynamex decision might not accept an argument of this type that disregards the economic realities.

Canadian courts have set out general, high-level principles to determine whether somebody is an employee or independent. These require an intensive and complex analysis of the facts of each case, meaning that the outcome can be uncertain. There is nothing comparable to the bright-line rule that has just been laid down by the California Supreme Court.

It is likely that California’s legislation will have a wider influence and lead to similar legislation in other states in the U.S. Whether it also spreads to Canada remains to be seen.

The most significant development affecting this issue in Canada will be the decision of the Supreme Court of Canada in 2020 in the Heller v. Uber case. That case raises some important issues of principle with respect to the legal regime that governs workers in this country, and it will be an important one to watch.

This is part three of a three-part series, Part One: Rights of workers in the gig economy and Part Two: Why many employers love independent contractors.

Contact Monkhouse Law to receive more information about conducting a class action on behalf of workers who have been misclassified. If there are common issues among a large number of workers, it is a good way to save costs and achieve access to justice. To arrange your free confidential 30 minute phone consultation make sure to contact us today.