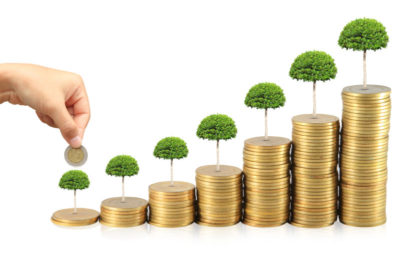 Many employees have accrued pension benefits over their tenure. However, employees may not be aware that if they are terminated prior to their retirement age, their pension policy and certain other factors may afford them a right to pension grow-in benefits under the Pension Benefits Act.  This right entitles the eligible plan member to receive the pension beginning on the date on which the member would have been entitled to an enhanced or unreduced pension under the pension plan if his or her employment or membership had continued to that date.

You must meet one of the following criteria in order to be eligible for pension grow-in:

In addition to the above three criteria, the plan member must pass the “rule of 55”, which is when the following formula equals 55:

When Are You Not Eligible?

In certain situations, an employee may be exempt from obtaining grown-in benefits due to the following:

Pension grow-in benefits are usually included in a Defined Benefit (DB) pension plan, which is distinguishable from a Defined Contribution (DC) pension plan, as DC plans require contribution from the employee who can then decide how to invest the pension benefits. A well-known example of a DC plan is a Registered Retirement Savings Plan (RRSP).

Note that while grow-in benefits mean that you do not get ‘penalized’ for the early ending of retirement the amount that you get for retirement is still based on your years of service.

While the terminated employee can obtain an unreduced pension as part of pension grow-in benefits, they may not accrue pension credit beyond the date of their termination. Pension credits allow the taxpayer to claim a non-refundable tax credit in addition to the pension income. Wrongfully dismissed employees may claim for damages for pension credits that they may have accrued had they been provided with adequate notice of the termination of their employment.

For example, in Taggart v. Canada Life Assurance Company, 2006 CanLII 53345 (ON CA), an employee who was entitled to pension grow-in benefits was only provided by his employer with two months of pension credits to coincide with the length of his working notice period. The employer argued that pension credits, according to the pension policy, should not accrue during the 22 months of notice for which he only received a paid lumpsum and was not “actively employed”.

However, the Court of Appeal for Ontario held that the claim was not for pension benefits itself, but “rather for damages as compensation for the pension benefits he lost as a result of the [employer’s] termination of his employment contract”. Had the employee received his common law rights to reasonable notice, compensating not only for lost salary but also for other benefits, he would have been entitled to his pension credits with his pension benefits. Moreover, the Court held that he was entitled to these rights despite not being actively employed. The same principle was applied in Paquette v. TeraGo Networks Inc., 2016 ONCA 618 (CanLII) where the employee was found to be entitled to bonus during his reasonable notice period despite an “active employment” requirement in his contract.

If you have been terminated, it is important to be aware of your pension grow-in and other benefits entitlement during your notice period. Contact Monkhouse Law today to schedule a free consultation.