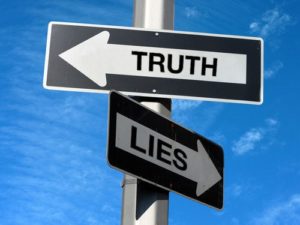 There is a good faith obligation on employers and employees during the life of the contract which includes a duty to act honestly with the other party. When an employee’s dishonesty leads to their hiring, the employer may resort to terminating their employment upon discovering the misrepresentation. An employee who believes their employer was dishonest during the hiring process may have a claim for negligent misrepresentation if he or she meets the following five-step test.

The courts have used the following test from Queen v. Cognos Inc. to determine whether there was negligent misrepresentation:

Case Law Application
This test was recently applied in British Columbia in the case of Feldstein v. 364 Northern Development Corp., 2017 BCCA 174(“Feldstein”). In Feldstein, the employee was diagnosed with cystic fibrosis when he was nine years old. Although the symptoms had subsided thanks to a healthy lifestyle, he sought employment and was looking for a position that would offer LTD coverage even with his pre-existing health condition.

During the interview process, the employee plaintiff disclosed his cystic fibrosis condition to the Chief Information Officer (CIO), who responded by showing him a brochure summarizing the company’s benefits plan. The brochure outlined that the LTD plan had a “waiting period” of three months before the employee became eligible for LTD benefits payment. It was also noted that the claimant must satisfy a “proof of good health” in order to be qualified for the full coverage in excess of $1,000.00 per month.

After this conversation, the plaintiff signed the employment contract. Unfortunately, six months after commencing his employment, the plaintiff’s health deteriorated. When he applied for LTD benefits, his insurer informed him that he failed to establish “proof of good health” as he did not complete a medical questionnaire upon initially enrolling in the company’s benefits plans. As such, the insurer only approved him for a maximum coverage of $1,000.00 per month instead of the $4,667.00 per month payment he would have received had he met the plan requirements.

1. Is there a duty of care based on a “special relationship” between the representor and represented?

Yes, prospective employers have a duty to make honest statements in pre-employment discussions.

2. Is the representation in question inaccurate, untrue, or misleading?

In Feldstein, the CIO’s statement regarding the steps the plaintiff needed to take to meet the “proof of good health” requirement was found to be inaccurate as it contradicted the insurance provider’s statement – the plaintiff should have completed a medical questionnaire prior to enrolling into the LTD plan.

3. Did the representor act negligently in making that representation?

In employment law cases, negligence can exist if the employer ought to have been aware that the employee/applicant would rely on their statements to make decisions regarding the employment arrangement. In Feldstein, The company was found to have acted negligently because:

a) the CIO ought to have been aware that he was the central point of contact for the plaintiff as the person in charge of the hiring process;

b) it ought to have been aware that the topic of LTD benefit coverage was particularly important to the plaintiff after the plaintiff made repeated inquiries and decided to accept the offer after the CIO’s reassurance; and

c) even though the CIO evidently did not possess complete knowledge of the benefits’ requirement, he did not attempt to verify the information before providing it to the plaintiff.

4. Did the representee rely, in a reasonable manner, on that representation?

Employees must act reasonably when deciding whether to rely on the employer’s pre-employment information. This means if an employee believed a statement that a reasonable person would find suspicious, this test would not be met.

In Feldstein, the representee, the plaintiff employee in this case, made the reasonable decision to rely on the CIO’s representation. The CIO provided a confident answer to his inquiries and the plaintiff had no reason to distrust him given that the CIO was the person in charge of hiring for that particular position. Furthermore, the plaintiff reasonably relied on the CIO’s statement because the CIO’s description of the plan closely resembled the LTD benefits requirements of his previous employee.

5. Did the representee incur damages as a result of that reliance?

Employees must also be able to demonstrate that they actually suffered quantifiable damages because of the misrepresentation. In this case, it is clear that the plaintiff lost a substantial amount in LTD benefit coverage. Moreover, he could have obtained employment from a company that provided better coverage. As a result, the judges ordered the company to pay him approximately $83,337.00 in damages.

While there was negligent misrepresentation the appeal court found that no aggravated damages were awarded because the company did not act in a way that can be considered morally reprehensible.

While employees have a route to pursue in law if they believe prospective employers were dishonest with them, they must have suffered some form of damages that are quantifiable by a court. In Feldstein, quantifying the loss suffered was straightforward because of the decreased payments for the plaintiff’s LTD coverage. For employers, important steps must be taken to ensure that accurate information is being given throughout the application process; otherwise, like in Feldstein the company may incur significant liability.

At Monkhouse Law, we provide legal services regarding matters relating to termination and/or the denial of LTD coverage, like the situation in Feldstein. If you believe that you have suffered a loss over the course of the employment, it is important to speak to a legal professional. Call Monkhouse Law today for a free consultation.