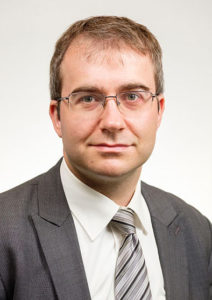 Prior to founding Monkhouse Law, Andrew worked for Canada’s largest labour and employment firm and for the government of Canada. He has proudly advised and represented employees, as well as employers.

While Managing Partner of Monkhouse Law Andrew has grown the firm, with it ranking as the top growing law firm in Canada in 2019 by the Globe and Mail, all of North America by the Financial Times again in 2020, and in Ontario in 2020 again by the Globe and Mail. Monkhouse Law has been selected as a finalist for “Labour & Employment Law Boutique of the Year” by the Canadian HR awards three times (2018. 2019, 2020) and was the silver winner of the “University of Waterloo Award for Next Generation Employment Innovation” award in 2020. Among many other awards Monkhouse Law was chosen as the ‘readers choice’ award by the Toronto Star in 2019.

As an active volunteer Andrew is the Convener (organizer) of the Osgoode Cup, Canada’s largest legal competition held on an annual basis. He has in the past spoken as a guest speaker at Osgoode Hall Law School and the Humber College Paralegal program. Andrew is also the Vice Chair of the Ontario Bar Association Labour and Employment Law section executive. He is a lawyer editor for Codify’s monthly legislative update on Employment & Labour law which can be downloaded here.

He has appeared in court before the Ontario Superior Court, the Divisional Appeals Court, and Court of Appeal as well as the Supreme Court of British Columbia and Supreme Court of Canada. He has also appeared with success before the Human Rights Tribunal and numerous other administrative bodies.

Recent Notable cases (note: each case is individual and past success does not guarantee future success, to see a search for most reported cases you can look on Canlii here):

Battiston v. Microsoft Canada Inc., 2020 ONSC 4286 (CanLII): Trial Decision: Andrew was co-counsel with Samantha Lucifora in this trial which found that the notice plan Microsoft used to inform their employee about share plan limitations were invalid thus granting the employee the shares (RSU’s) in question. The employee also received 24 months notice and bonuses throughout his notice period. Andrew was later successful in having the court award $120,000 to cover legal fees associated with the claim.

Morris v Solar Brokers, 2019 ONSC 6817 (CanLII): Class Action Certification: Andrew was co-counsel with Alexandra Monkhouse certifying a class action on behalf of workers who were called contractors working for a solar panel sales firm operating out of Ontario and Alberta. Monkhouse law was successful in certifying the claim.

Joshi v. Allstate (2019 ONSC 4382): Motion: Andrew represented an employee against her past employer dismissing their counterclaim for $700,000 which was found by Justice Kimmel to be an infringement on her rights of expression.

Menard v. The Centre for International Governance Innovation: Trial Decision: Andrew represented a 6 year Vice President Finance who was terminated and his employer claimed after acquired cause based on breach of policy. The company dropped their counterclaim before trial and at trial, the Executive received 2 months per year of service, for a total of 12 months notice notwithstanding the alleged cause or a claim that the contract limited his notice period to 12 weeks. Costs Decision:  (2019 CarswellOnt 8241, 2019 ONSC 2467) Monkhouse Law was awarded costs on a substantial basis in the amount of $175,000 to cover fees relating to prosecuting the case.

Ruston v. Keddco: Court of Appeal Decision: Monkhouse Law represented the terminated employee at the Court of Appeal. The Court denied all appeal attempts and awarded an additional $35,000 to cover the employee’s legal fees.

Ruston v. Keddco: Trial Decision: Andrew represented an 11 year President of the company who was terminated by the owners after accusations of fraud. After an 11 day trial, the $1.7 Million dollar fraud claim was found to be entirely without merit and the President was awarded a long notice period (19 months), his full bonus during the notice period, and $125,000 in damages between punitive and moral damages for the behaviour and tactics of the Defendant.

Ruston v. Keddco: Costs Decision: Monkhouse law was awarded the full amount requested for legal fees in the Ruston case, being $546,684.73, which is the largest amount of costs awarded to a wrongfully terminated employee that has been reported. The trial judge commented on how prepared Monkhouse Law was at the trial in awarding that amount.

Journeymen v. Core One: Labour Board Hearing: Andrew represented an employer on a preliminary matter before the Labour Board and was able to resist both preliminary union motions to the benefit of the employer to be able to argue after acquired cause for conduct after termination and also that the initial termination was a justified layoff.

Bovin et al v. Over the Rainbow Packaging Services Inc:  Default Judgment Decision: The Defendant failed to defend the action resulting in a default judgment against them, including moral damages and 24 months notice for two employees who were constructively dismissed.

Holmes v. Hatch Ltd.:  Summary Judgment Decision: Andrew increased the notice period from the 25.5 weeks offered to 18 months (77.4 weeks) for a Project Manager and Senior Water Resources Engineer. The award is more than triple the severance offered by defeating a complicated severance provision which attempted to limit the employee’s notice.

Johar v Best Buy Canada: Final Summary Judgment Decision: Andrew won the case without calling a single witness by bringing a summary judgment motion. He assisted an employee terminated for cause in his claim against Best Buy and was fully successful in proving wrongful dismissal.

Johar v Best Buy Canada: Costs Decision: Andrew won a cost award of $27,500 for his client to help pay legal fees on the decision against Best Buy. This award was 50% the amount of the total severance and is one of the highest cost awards as a percentage of total awards given out.

Paquette v TeraGo Networks Inc.: Ontario Court of Appeal Decision: As the trial judge denied the Plaintiff his bonus Monkhouse Law appealed the case successfully to the Court of Appeal, which ruled that employees are owed bonuses during their notice periods. With Andrew’s assistance, the employee received an additional $58,386.64 in bonus, plus a contribution to legal fees.

Paquette v TeraGo Networks Inc.: Trial Costs Decision: In a further costs decision relating to the Paquette case Andrew was successful in getting the Court to award $31,000.00 to cover the legal fees of the terminated employee.

Paquette v TeraGo Networks Inc.: Trial Decision: In this case, the Plaintiff was dismissed without cause by the Defendant and brought a summary judgment motion in his wrongful dismissal action. Paquette was employed for 14 years and 4 months and earned an annual salary of $150,000.00. Andrew was able to get his client 17 months’ of pay in lieu of notice, damages of $163,267.90 for his salary as well as for lost benefits.

Allamby v. Burnbrae Farms Limited: Human Rights Decision: At the Human Rights Tribunal of Ontario Andrew successfully argued to have a case that was struck for delay by a self-represented person added back on the hearing list.

Kurt v Idera Inc.: Divisional Appeal Court: In this case, Andrew successfully argued Divisional Court of Appeal regarding a constructive dismissal matter. On Appeal, the Court found that the motion judged erred in law, and the matter was ordered back for a new summary judgment hearing.

Singh v. Qualified Metal Fabricators: Trial Decision (2016 CarswellOnt 8795, 267 A.C.W.S. (3d) 867). At trial, Andrew successfully argued that the contract which attempted to limit the employee to minimum notice was invalid and got his client a month’s pay per year of service. Based on an internal survey of cases at least one-quarter of all employment contracts are invalid based on the logic utilized in Singh.  After a successful trial, the judge awarded significant costs against the Defendant covering the Employee’s legal fees so that he was able to keep his entire severance (2016 CarswellOnt 8796, 267 A.C.W.S. (3d) 787).

Asgari v 975866 Ontario Ltd. Summary Judgment Monkhouse Law successfully argued that a summary judgment motion was appropriate where the employee was terminated with just cause. The Defendant relied on the company handbook to limit the reasonable notice period. However, Andrew won the argument that the handbook was not a contract of employment.

Zhang v. Totally Zing Inc., Enforcement of Settlement (2016 CarswellOnt 17956). The Defendant company settled but then denied there was a settlement and refused to pay. Andrew went to Court to enforce the settlement, resulting in the Court enforcing the settlement, plus legal fees for the enforcement.

Manase v Toronto District School Board: Cost Award: Prior to the commencement of a hearing in a wrongful dismissal matter involving a dispute on if the employee was an independent contractor or not, the Plaintiff accepted a settlement offer, plus costs to be assessed if not agreed by the parties. The costs were not agreed to and in this decision on the matter, Andrew successfully obtained his client costs in the amount of $40,000.00 to cover his client’s costs.

Weddell v. CondoFresh: This is a case where Andrew represented the employer and obtained successful results at the Human Rights Tribunal of Ontario. Before the matter was heard, a civil claim for wrongful dismissal was also filed by the applicant. The Tribunal ordered that the hearing be deferred until the civil action was resolved due to overlap of facts and issues between the two proceedings.

Alexander v. Longo Brothers Fruit Market Inc. Andrew was successful at the Human Rights Tribunal of Ontario in resisting an application to strike the claim based on alleged duplication of proceedings.