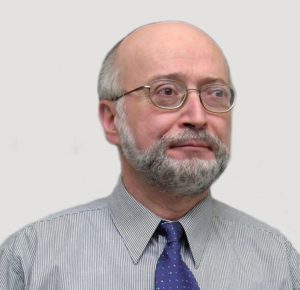 Peter S. Spiro acts as counsel to Monkhouse Law in the area of class actions.

He is a strong believer in class actions as a vital legal tool. Class actions create access to justice for people who would otherwise not have the bargaining power to stand up for themselves. Individuals who have been deprived of the employment benefits they deserve can band together and gain the strength of numbers. This is increasingly important in an economy with so much precarious employment.

Peter brings a unique perspective to this subject. He became a lawyer a few years ago, after a long career in economic analysis. His work in economics often focused on employment-related issues. He has contributed to research projects for the Mowat Centre on the gig economy.   He has also analyzed the underground economy and is one of Canada’s most frequently quoted experts on the subject.

He has experience in class actions and related analysis both at the Law Commission of Ontario and the Ministry of Attorney General. He has published research on the topic in leading professional journals.

He has degrees in economics from the University of Toronto and the University of Chicago. He obtained his JD from Osgoode Hall Law School, where he won five academic prizes, including the Stringer LLP prize for employment law. He has been licensed to practice law in Ontario since 2016.

“Class Actions in Employment Related Disputes,” Canadian Class Action Review, 2015. Class action lawsuits can fill part of the gap left by the union movement in an era when that protection for workers has declined in the private sector. Notable successes have been achieved for bank employees who were denied payment for overtime work.

“Informal Employment Contracts and the Battle over Retirement Benefits,” Canadian Labour and Employment Law Journal, 2015. Weak economic growth and the resultant financial pressures have made post-retirement benefits a tempting target for cutbacks, in both the private and public sectors.

“Evidence of a Post-GST Increase in the Underground Economy.” Canadian Tax Journal, 1993.   The GST was an unpopular tax, and the resentment compounded the willingness of customers to evade the tax. It has been common for undocumented immigrants to work in the underground economy, often under substandard and unsafe conditions.