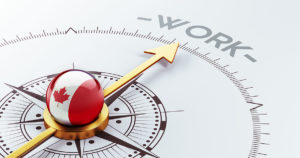 On April 11, 2020, Bill C-14, “A second Act respecting certain measures in response to COVID-19,” received royal assent and became law. The new act implements an emergency 75% wage subsidy for a 12-week period commencing on March 15, 2020, and continuing until August 29, 2020 (the Canada Emergency Wage Subsidy). The legislation is enacted as an amendment to the Income Tax Act (Canada) (the ITA) and relies on the payroll deduction definitions of the ITA.

In what follows we will explain the implications of the new measures for the self-employed and small businesses.

Who is eligible to receive the Canada Wage Subsidy?

An employer that is an “eligible entity” under Bill C-14 includes corporations, registered charities, partnerships and individuals. Therefore, even an individual who runs a small unincorporated business and has employees is eligible to participate in the program.

However, the business owner who is an individual does not qualify for a subsidy for his or her own income from the business. The subsidy is applied to “eligible remuneration” which is defined as salary or commissions from which income tax withholdings were taken during the baseline period from January 1 to March 15. Under ITA, a self-employed person who is unincorporated is not an employee and it would appear that such a person cannot qualify for this subsidy. The Canada Emergency Response Benefit (CERB) would be available in respect of the income losses of such a person, in the slightly less generous amount of $500 per week.

The Government encourages all eligible employers to rehire employees as quickly as possible and to apply for the Canada Emergency Wage Subsidy if they are eligible. To ensure that the CERB applies as intended, the Government will consider implementing an approach to limit duplication. This could include a process to allow individuals rehired by their employer during the same eligibility period to cancel their CERB claim and repay that amount.

How much should have my revenues dropped?

Eligibility also depends on demonstrating that revenue has dropped by a substantial amount. For businesses that were operating a year ago, the reference period is the corresponding month in 2019. A business with a revenue decline of 15% in March 2020 relative to March 2019 is eligible for the subsidy. Alternatively, if it does not qualify based on March revenue, it can qualify if it suffered a decline of 30% in April and May of 2020 relative to the previous year to qualify. The Government clarified that, in order to provide certainty to employers, once an employer is found eligible for a specific period, the employer automatically qualifies for the next period. E.g., if an employer met the qualification of a 15% reduction in revenue in March, it automatically qualifies for April.

New businesses that did not exist in March 2019 will qualify if they suffered revenue declines of that magnitude relative to a reference period in January and February of 2020.

While it appears that unincorporated individuals are not eligible for the expansive 75% wage subsidy, the CRA on its webpage regarding the 10% Wage Subsidy Benefit mentions that individuals are eligible employers for that subsidy.

Although the program was originally referred to as a subsidy for employment, there is nothing in the legislation to require any employee actually to be working. The subsidy is in the amount of 75% of the remuneration paid in the baseline period from January 1 to March 15, up to a maximum of $847 per week. An employer will receive that amount even in respect of each employee even if the employee’s salary is cut to a lower level after March 15, but will not receive a subsidy greater than what is actually paid to the employee. Therefore, if the employment contract permits it, an employee’s salary may be cut to 75% of what it was prior to March 15, and the subsidy will fully cover what is paid (up to $847 per week).

Self-employed individuals who are incorporated, and have been treated as employees of the corporation and paid a salary, are eligible.  In their case, however, the subsidy is 75% of the actual amount of salary paid after March 15, rather than what it was prior to March 15.

In addition to the Canada Emergency Wage Subsidy, the employer will also be relieved of the obligation to pay the contributions to Employment Insurance and the Canada Pension Plan in respect of their employees during the subsidy period.

In the case of those employees who would otherwise qualify for Employment Insurance (EI) benefits, the Canada Emergency Wage Subsidy is in effect another 20 percentage points above the 55% of wages replaced by EI. For such employees who are not actually doing any work, the benefit all accrues to the employees. However, in some cases, the employees will be doing useful work for the employer. In those cases, it will be the employer who effectively benefits from the subsidy.

It would appear that “gig economy” workers, who are considered independent contractors rather than employees by the entities that pay them, would not qualify for the subsidy.  The definition of eligible remuneration in the legislation is restricted to wages and salaries for which source deductions for income tax have been made in the qualifying period prior to March 15. However, new employees are eligible for the subsidy (to the amount of 75% of what they are actually paid after March 15).  This would provide an opportunity to reclassify gig workers as employees and allow their employers to receive the subsidy.

The subsidy requires the continuation of the employer-employee relationship. There have been reports of some businesses that have already decided to close permanently as a result of the pandemic and some have even entered insolvency. It is unlikely that such companies would be able to take advantage of the subsidy. If such companies had known earlier about the subsidy, they might have opted to remain in business longer.